These new, abstract, modestly sized paintings (most are smaller than four feet square) by David Aylsworth are strangely familiar yet entirely different than this Houston-based painter’s previous body of work. The artist keeps titanium white obediently by his side as the base color for most of the paintings, but in contrast to his earlier two-color combinations, these paintings are additive, combining blues, reds and variations of pinks and greens. The result, in paintings such as Why Would a Sheik Learn How to Speak Latin and Greek, is both controlled (in terms of limited palette), and formally intuitive (in terms of painterly formation of light and space). I find myself looking around inside of them asking – are we an inside space or outdoors? Is the white of the canvas a sail for the boat? Is the shape to the left a cast on someone’s leg? 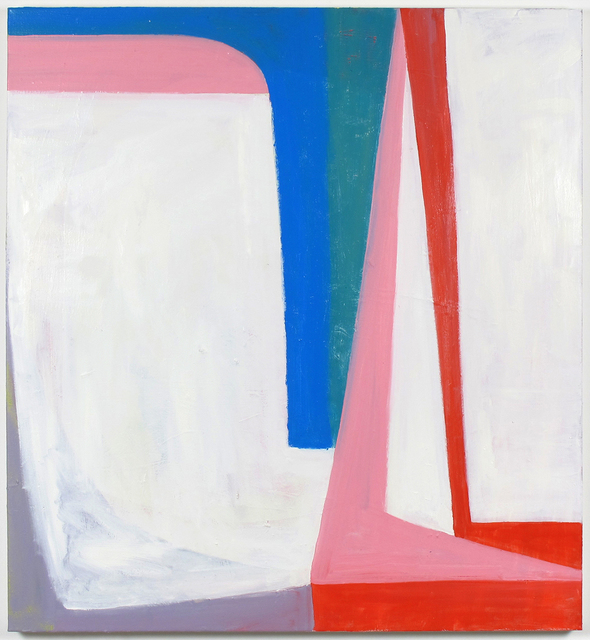 Why Would a Sheik Learn How to Speak Latin and Greek, 2015

Adding to the success of the paintings is Alysworth’s return to more gestural brushwork, revealing the underpainting beneath the loosely created forms on the picture plane. The results is a dualistic approach of additional color and sensuous strokes, fuzzy lines and scumbling along the edges of unrecognizable forms, remnants of dried paint embedded on the surface. 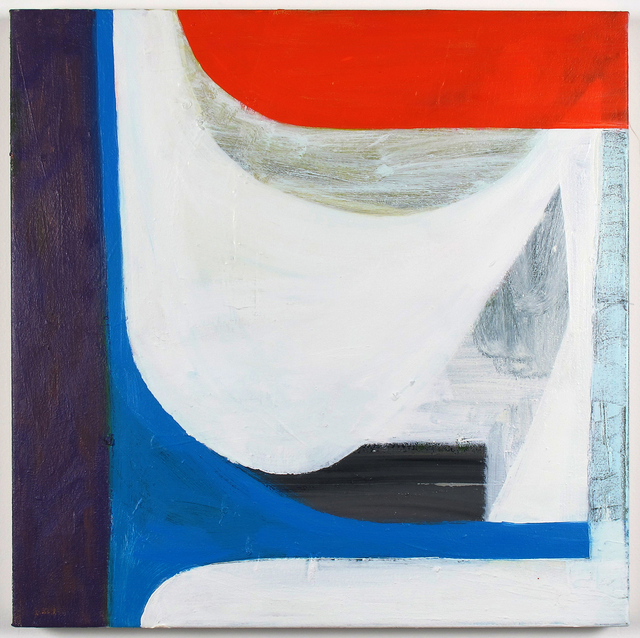 Most of the compositions seem unplanned, as in One, Two and Three, which begins with a thick band of purple along the left side of the canvas. Lying next to the purple is a thinner band of cobalt blue, which juts outward to the right of the canvas, bisecting the picture entirely until the blue almost reaches the right edge. The blue is like a pathway where it is initially thick with rounded corners that become smaller as the blue line expands across the canvas. A round-edged semi-transparent red rectangle hovers in the top-right of the canvas. A white, cut-up looking form interrupts the remaining open portions of the painterly, scumbled background. Upon examination, it is as though the canvas were painted from sections of drawings, or from folds found in fabrics, or from sunlit sails atop boats anchored out at sea. 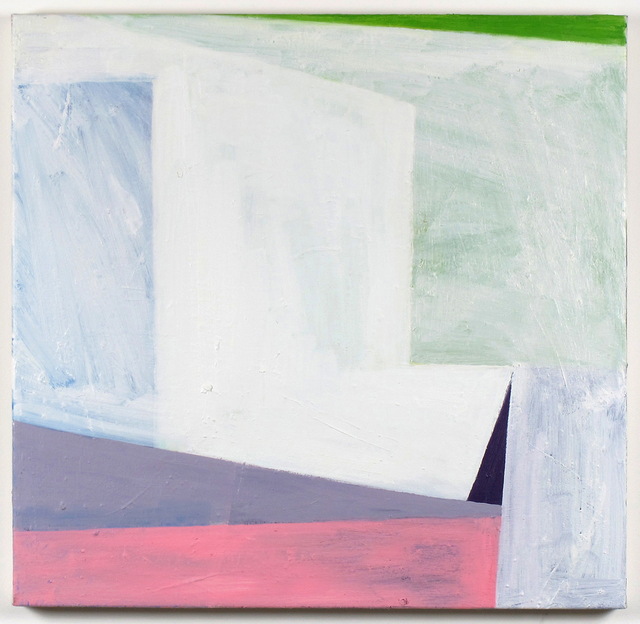 Which What Where Who presents an intimidating, heavy white structure reminiscent of a sun-drenched home or a modern, whitewashed building. A muted, dark white rectangle stands within the white form’s left side, suggesting a window or doorway. This “building” is resting on a diagonal purple triangle that in turn is supported by an additional pink triangle. Both forms lie on their sides, long in width, tucked underneath the front façade of the white form. A small, black triangle peaks out from the protection of the white form on the bottom right fold of the painting, much like a child looking out for friends when playing hide and seek. A green, washy area adjoins the white configuration, further implicating the structure into the narrative of being a habitable space. 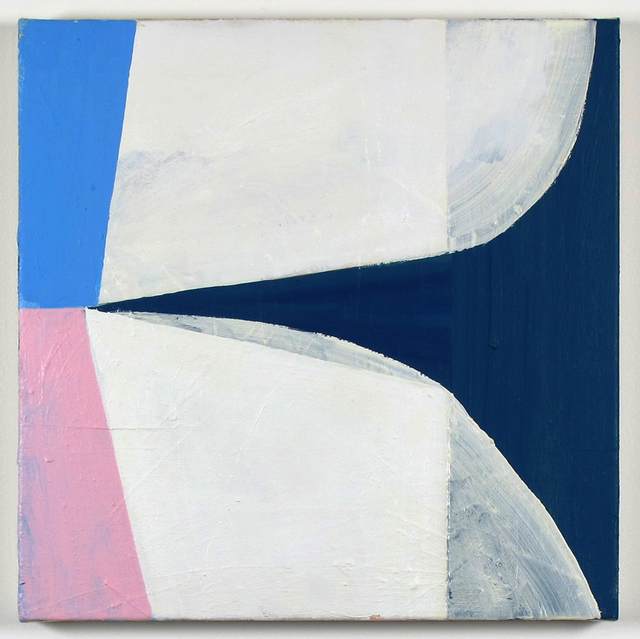 While the Crickets Clicked Their Tricky Melodies, 2015

While the Crickets Clicked Their Tricky Melodies is arranged so that our eyes are forced into a sea of deep blue, in between two glazed blocks of titanium-white icebergs that push their way into the painting from above and below. Thanks to the translucency of these blocky shapes, we can bear witness to the history of their formation, growing in size over the deep blue paint, squeezing the subterranean, dark blue into their belly. Small blocks of pink and green rectangles freeze the two icebergs on the left hand side of the canvas.

In this show Aylsworth has revealed his mastery of his medium.  What makes these paintings so compelling is his graceful and loving paint handling on the surface, compounded with what appears to be improvised compositions that are unfussy and casual, palettes that are crisp and refined. So, why does Aylsworth use “sweet” five times in the show’s title? Does he like to drink super sweet tea? Or are these paintings for him the embodiment of something saccharin, the act that is pleasing and pleasurable? Considering the absolute and complete strength of the work in the “Sweet sweet sweet sweet sweet tea,” I suspect that for Aylsworth the medium of painting is very satisfying, holding the pleasant taste that is characteristic of sugar or honey, which is, indeed, very, very sweet.