I'm always a mom first. I work hard to not talk about my kids all the time--and yet I love to tell their stories. I love stories. I love to read stories. I love to write stories. And in that literary spirit, I want my kids to read and write stories, as well as learn from them. Now that my oldest is nearing teenagedom, he wants to read books that I haven't read. I've been discovering that I don't like to read contemporary YA literature very much. (But I did when I was a kid. I must have read more than twenty books by Canadian novelist L.M. Montgomery, most of them twice--and her series about Anne Shirley at least three times.) I am also at a point in my life where I am figuring out who I am as a writer, so I've been trying to remain immersed in the kinds of literature that I want to write. But then the boy (young man?) comes home talking about this book, or that series, and my ears perk up. What is he interested in? And how can I encourage him to read? I've always said that I didn't care what he was reading as long as he was reading, although now I'm not sure I actually believe that. It started with the Magic Tree House series, for smaller children. Then Diary of a Wimpy Kid. These, I trusted. He wasn't even born when the Harry Potter novels came out and I always thought that I would read those with him. You know, curled in the bed together covering one chapter a night? Instead, one summer he started book one and before school started he was caught up. As in...he was waiting for the last one to be published. I blinked and I missed it. Next came the five books of Rick Riordan's Percy Jackson & the Olympians. Oh, how I love Percy Jackson! First of all, the books revise and reprise stories from Greek mythology (Euripides! Aristophanes!). You just can't go wrong with the classics. Also, they were one- or two-sitting reads for me, so I was able to keep up with my son. He'd come in and say, "Where are you?" or "Oh, just wait½you're getting to a good part." (That's the summer he learned about spoiler alerts.) I miss that summer. Especially since his interest in reading has waned just a bit.   Which brings me to the series I hate to admit that I've read: Twilight. Yes, I'll admit it. My cousin convinced me to give Stephenie Meyer's bestselling series a try. I was going on vacation in a foreign country where I barely speak the language, and my youngest child was still a baby; I knew I would be spending enormous amounts of time sitting around the house while she napped. So I read them all over that Christmas vacation. Did I get sucked in? Of course. Did I have to see it through to the end? Absolutely. Was I pissed that I gave it my time? A little. Will my kids read them? I hope not. Thankfully, I don't think the boy (young man½sigh) will be interested. I keep telling myself that the Twilight series will be old news by the time my seven-year old will start reading YA lit. Please let this be true. I will not get on my soapbox about how Bella is the worst role model protagonist I have ever read--really. But I haven't read that much YA, so maybe there are even worse ones out there. Most recently, I discovered Suzanne Collins's Hunger Games series. I heard about it everywhere. At first I honestly thought it was about vampires, but then finally read a movie synopsis (!) and realized it didn't have either vampires or werewolves (Thank God!). Instead, Collins has created a post-apocalyptic world? Wait, I like post-apocalyptic! My son begged to see the movie, and he's seen enough Spiderman/X-Men/Thor movies that I figured he could handle it. Of course, I wanted to read the book first. 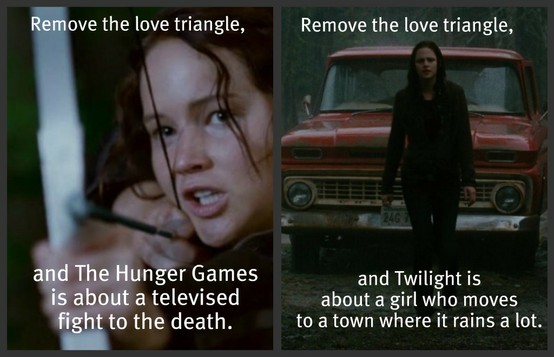 I opened the covers to discover several faux pas right off the bat: It's a first person narrative. Strike one. It's written in present tense. Strike two. First line: She wakes up. All the writers in the room gasp as one! Strike three! Are you kidding me? But nope, here's how the novel starts: for several pages we follow our protagonist as she gets out of bed, sighs at her family, gets dressed, eats breakfast. If I were workshopping this book, it would never fly in one of my graduate classes. Hell, I'd never even bring writing like this into workshop for fear of getting kicked out of the program! Then I finally get to page 20 and I'm in enough to finish. Besides, I recognize that this is a completely different kind of literature than what I write and that doesn't make it bad--just different (right?). When I pick up a book, I want to jump straight into the action or tension of a story. Hook me fast or I'm done. But others want a little history, a little coaxing. I get that. Or I think I do. I'm trying. 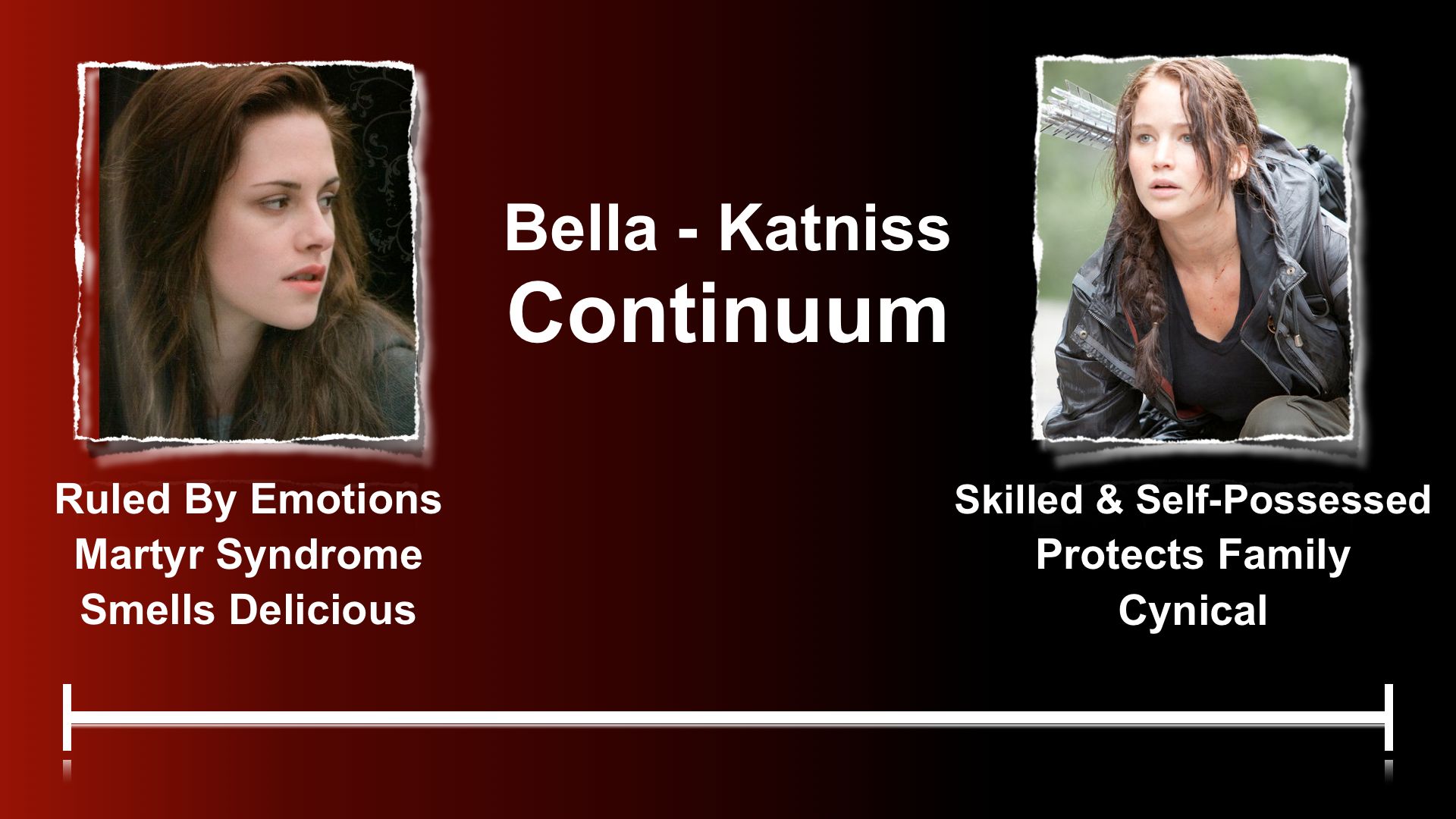 I've only read the first book, but already I find myself defending the virtuous Katniss--because, at least so far, she is virtuous. She's by no means perfect, but she's not some sniveling, suicidal, wishy-washy Bella. And sure½no parent or person I know likes the idea of a world where children are forced to make murder into a game. But, if in these circumstances, a protag can try to do what is right, endure, and refuse to be fundamentally changed by the evil that surrounds her, then maybe one or two of the kids (my young man½please?) inspired by her can also stand up for what they believe. My son didn't question Katniss's actions. But he did, in fact, question the motives of several of the "bad" kids.  He said, "I don't understand why those other kids did what they did, right at the beginning of the competition by the cornucopia. Why didn't they just run away? Why did they choose to attack?" I tried to explain, both in terms of reality and of fiction. I wanted to say: because they let the evil win, because they were brainwashed, because they didn't know how to think for themselves. For now, he's still a boy...barely. Not quite a young man, not quite yet. So there's still time for conversations about good and evil. We'll keep on sifting through the best of young adult literature, looking not just for role models and believable plot lines and helpful life strategies--but also, I hope, for just plain well-crafted fiction writing.