Michelle Oakes is an MFA candidate at the University of Houston, and a poetry editor for Gulf Coast. Her poems have appeared or are forthcoming in The Laurel Review, Rhino, and Inscape.

On Not Getting It Done

The whale is a mammiferous animal without hind feet. --Baron Cuvier Whenever I find myself staring down my laptop, unkempt on the couch so the cats try to groom me; whenever it's late November and I'm reading a novel for fun; whenever I find myself trying to set my Roku to play Apocalypse Now on repeat through the night, and sleeping with a technical manual on helicopters under my pillow; and especially whenever I'm scrolling through my Facebook feed, mistaking The Onion for NPR, tracking the comments on updates of Friends I've never met--then, I account it high time to just write the damn poem. Yesterday evening I found myself at Black Hole Coffee House, seated at a table on the patio, patiently, doggedly trying to reconstruct from memory a verse from a record I made my mother play over and over again during my childhood: Once upon a time, a goose drank wine; a monkey chewed tobacco on a streetcar line; the streetcar broke, the monkey choked, and they all went to Heaven on a billy-goat. I think that's how it goes. I refused last night to Google it, and out of respect for my lastnight self, I refuse to check today. Also, I am a sore loser, unwilling to admit defeat. In addition to recalling this version of the little verse, I attempted, simultaneously, to recreate the high-falootin "translation" of it that I very proudly and painstakingly memorized (I swear I was very young). But alas, I could only recover a fragment-- ...a tawdry monkey, a Rhesus I believe it was, both masticated and expectorated raw tobacco leaves on a means of public transport. The trolley proceeded forthwith to a state of complete disintegration.... And that's all I wrote last night at Black Hole. Yes, I wrote it out. In an oversized sketchbook with blue magic marker. Somehow I had neither pen nor pencil in my purse, but I did have a twelve-pack of Crayola Magic Markers. I don't know how or why this pursuit diverted me for so long (you have no idea). I don't know how I didn't realize I'd been diverted. In any case, when I did discover it, I gave up on the reconstruction. And when I gave up on the reconstruction, I gave up on my best-intentioned, original plans for the night. I found myself at Spec's; I found myself in the frozen-food aisle at Kroger; I found myself in the kitchen, cracking the ice; and then, unaccountably, I found myself at my desk, back to work, and it wasn't the whiskey that done it. This poem I'm writing is not as unlike anything else I've written as I've been telling myself. I'm writing about helicopters. Indeed, I'm writing about a particular helicopter--a Cobra AH-1F I used to walk past daily on the way to the community center in my last town. I've written about it before. But this time, I'm trying to arm myself with research; trying to approach the thing from all sides at once; to once and for all run down the hulk that has thus far eluded me; to ground my scary feelings with historical and technical facts and a (Rilkean, perhaps?) observation of the Cobra itself. To that end, I bought a fat technical manual (Dover Books, Helicopter Theory), a novel called Huey, and even a Revell HUEY COBRA GUNSHIP model kit. But the technical manual is math-rich and picture-poor; Huey--I could not get past the leeches; and the model kit has so many tiny tiny pieces and I keep forgetting to buy glue. 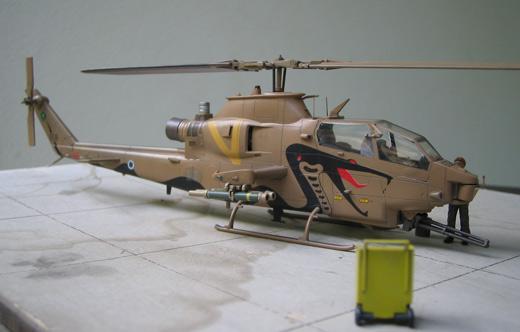 Confronted with these challenges, it is perhaps excusable that, sitting there last night at Black Hole, I regressed. The mind, sometimes, knows best how to take care of itself, and mine needed a dose of silliness, a comforting tonic of something familiar to fortify itself for the conflict ahead. Maybe, too, my subconscious (or unconscious--is there a neurologist in the house?) had a reason for queuing up that particular verse from my childhood. In his essay on nonsense, "Disgracing Are Verse: Sense, Censors, Nonsense, and Extrasensory Deception" (from the collection To Sound Like Yourself), W.D. Snodgrass observes:

If music, closely involved with the unconscious and the right brain, can help us reestablish "forgotten" connections with conscious language centers of the left brain, it can also help express thoughts and feelings we have repressed as immoral or otherwise threatening. The tunes we half-consciously sing or hum may yield interesting, sometimes embarrassing, clues to our real thoughts. We may find ourselves sitting next to a lady and whistling "I wish I was single again," or worse, "Why do I love you?" More than once I have first recognized how threatening I found some situation when I noticed that for some time I had been humming one of the old Scots ballads of betrayal.

So. Yes. I do feel threatened by this damn helicopter, and by the research, and by the prospect of sharing this unmusical, bulky unfinished poem I have with others, and maybe I feel a bit silly, as well, for feeling so, and something in me responded by recalling this poor choking monkey and this tragic trolley accident I memorized as a child. And I gave up writing that night. And I bought some whiskey. But then, as I said before, I returned to the poem. I followed a detour and it led me somewhere good. Which brings me back, of course, to the Whale of it all. For "whenever I find myself growing grim about the mouth; whenever it is a damp, drizzly November in my soul...then, I account it high time" to read Moby-Dick again as soon as I can. It's a diversion I love to fall into--although, unlike "a monkey chewed tobacco on a streetcar line," I can't, clearly, fall into it unawares. But I've done it about every year or so since the first time I read it, and I've learned to trust the impulse that tells me to go ahead and follow Ishmael through "the watery part of the world" and see what happens. I followed about a month ago, and though I can't remember the direct result--hell, I'm still here, right? I read it for fun. I read it in public. I laughed and cried and thought as I always do, and when I had got what I needed, I put it down. Left Ishmael up on that masthead. Maybe it's time to get him. I hear obsession is good for poets.