Layla Benitez-James is an MFA candidate in poetry at the University of Houston. She came to Houston by way of Austin with a four-year stop-off in San Antonio at Trinity University, where she majored in English and minored in creative writing and Spanish. Her work has been published in the San Antonio Express-News and the San Antonio Current. She is an assistant editor in nonfiction for Gulf Coast.

Oh, But I Insist

Lately I have been thinking about urgency and insistence in poetry; about those moments where the poet really reaches through the page and grabs the reader by the collar. Often these are moments when the writer seems to become obsessed with some idea or image. More honestly, I have been thinking about how to infuse my own work with that feeling. What keeps us reading? What makes us remember? What brings us back? I usually process insistence and urgency in the context of well-placed repetition. However, what brought on this most recent meditation was reading Moby-Dick. I was, before this year, embarrassed to admit that I had never read that Great American Classic. I felt that fact should be kept a secret, like I might be kicked out of grad school should someone find out. In one meta moment it became a work I pursued (though admittedly more with sheepish anxiety than zealous bloodlust), only to be thrown off course by other large volumes. However, unlike Captain Ahab (spoiler alert), I would not ultimately be destroyed by what I sought. It was not as though I had never tried; I believe my first attempt was when I was pretty young, after watching Matilda. In the last scene of the movie, she uses her powers to lift a book from the shelf and begins to read: "Call me Ishmael," she says, and the movie fades out. I am confident that I am not alone in having wanted to have Matilda's powers. I felt I shared a unique kinship with her because of our (completely unique) shared love of reading. The only key missing to unlock my magical powers was having Danny DeVito and Rhea Perlman yelling at me. "Yell at me," I told my father, after watching the movie. Initially he was puzzled, but at my insistence he figured out my plan and had a good laugh. Needless to say, I did not get the amount of verbal abuse I sought to induce my magic powers. Though I stared with intensity at many objects, light ones at first, using the anger I felt towards my father's unwillingness to aid in my acquisition of magical powers, nothing happened. 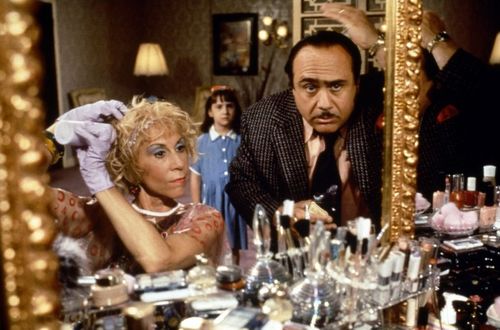 These are the parents you want if you're bookish and telekinetic. I decided to at least read all the books ever written to give myself some consolation, and begin with Moby-Dick. I don't think I made it past the first few pages that initial time. In subsequent attempts I would make it a chapter or two further but never finish. I noticed though, that instead of picking up wherever I had left off, I always returned to that first paragraph. It had a pull, an insistence, a message that it needed to deliver that I found bewitching. Though Melville is nonchalant enough in the opening lines, it is quickly apparent in the litany which describes his situation that this is no ordinary whim:

Whenever I find myself growing grim about the mouth; whenever it is a damp, drizzly November in my soul; whenever I find myself involuntarily pausing before coffin warehouses, and bringing up the rear of every funeral I meet; and especially whenever my hypos get such an upper hand of me, that it requires a strong moral principle to prevent me from deliberately stepping into the street, and methodically knocking people's hats off--then, I account it high time to get to sea as soon as I can. This is my substitute for pistol and ball. With a philosophical flourish Cato throws himself upon his sword; I quietly take to the ship.

Not only did I sense a kinship with the feeling described (though I prefer horseback riding to taking to the sea), I was drawn and compelled by the necessity of insistence. While a sentence would have sufficed to get across Melville's general idea, it is the urgency and insistence within the prose which makes the paragraph iconic. The admiration of this device, in turn, led me to one of my favorite poems; in times of crisis it is my substitute for pistol and ball: "One Train May Hide Another" by Kenneth Koch. Here, Koch insists in unwinding an entire galaxy of images and ideas which center around one urgent warning. The repetition of this idea as it turns away and then back on itself is like looking through a kaleidoscope; each line is like a different turn of the wheel and lets those same glass pices, this same idea, fall into place in different configurations. This main idea though, is what is ultimately important; it is a matter of lovely life and death. Another poem which obsesses me with its urgency is C.D. Wright's "Lake Echo, Dear":

What first arrested me about this poem was her insistence in asking questions; this is an interrogation of the reader. I am compelled to keep reading precisely because I cannot answer and hope she will eventually do it for me. There is also this resistance, a kind of negative insistence, to using a question mark which leaves each question unfinished and causes it to rush into the next one. In my favorite moment, Wright presents us with an image: "a bottle of green liquid / on the sill" and asks if it is real. Like the other questions, like I initially expected, it could be rushed into the next phase of interrogation but then she stops me, as if accusing me of becoming frantic and rushing through: "the bottle on the peeling sill," Wright insists, and I feel as though I have been staring out the window in class, thinking I have been engaged but caught out somehow. These previous images arise and pass away but Wright does not let this one disappear from our minds. No, she seems to say, really look at it, it is really there, I am going to ask you questions about it and you better be able to answer. Somehow there is so much urgency in those two lines of insistence that I have carried the poem with me since first reading it. Dwelling on instances of mesmerizing urgency can, however, only get me so much closer to finding the key to infusing my own work with this energy. I realize that perhaps I must first discover what my core concern is, then I will know what to insist upon.