Despy Boutris's writing has been published or is forthcoming in Third Coast, Folio, Byzantium, and The Berkeley Times. She currently is earning her MFA in Creative Writing at the University of Houston, where she teaches and serves as an Assistant Poetry Editor for Gulf Coast.

A Microinterview with Dorianne Laux

GULF COAST: We’ve always been struck by your ability to seamlessly connect your poems from beginning to end in a collection. How do you approach compiling a book?

DORIANNE LAUX: I try to create a flow from one poem to another, and this is one way to do [so], like looping through a thread from the last stitch before going on to the next. Other times it’s subjects, themes, time, sections. Every book is different, and each calls for its own approach and system.

GC: Poetry can be a place for fiction or personal truth—you talk about your own life fearlessly in your work. Can you speak to that?

DL: Though it wasn’t easy to divulge certain aspects of my life, I no longer have too much of a problem doing so,   though I hope in doing so it touches other lives and is in some way a metaphor for many lives and touches on some larger truth. I always loved the title of Joan Didion’s novel, A Book of Common Prayer. That’s how I think of my more autobiographical work.

GC: What’s your process as a writer? Do you give yourself writing assignments?

DL: I do work from prompts quite often and love the fun and mystery of putting a puzzle together using words, phrases, quotes, color, season, etc. Other times, I’m simply inspired by something overheard, noticed, felt, feared, touched, by a person, work of art, a song or another poem. Sometimes I’m simply “doodling”—writing down whatever springs to mind and waiting to see if something rises up out of that paper daydream. I used to try to write daily, but now, I’ve gotten so much in the habit of it that hardly a day goes by that I don’t jot something down.  It’s become a way of life, a way of the heart and mind.

GC: There’s something incredibly musical about your language. Can you talk about the role sound plays in your work?

DL: I’m driven mostly by sound. I think of poetry as musical language, close to every day speech but of a higher order, with a system of notation. I love the way certain words sound together, and how certain sounds emphasize or enhance a subject or moment and produce emotional responses. My prompt for the poem “Men” arose out of a challenge I gave myself to go through each letter of the alphabet and write a poem in which every line ended with that letter sound.  Most failed, but I did get “Men” along with “Fog” which ended with “g” sounds and “Emily Said” which is all “z” sounds, proving I did manage to get through the entire alphabet as well as a create a permanent record of my failure rate.

GC: Many of your poems are elegiac in nature, such as “Window,” “Only as the Day is Long,” and “Last Words.” What role does poetry have in facing grief?

DL: I’m not sure, though I know when my mother died I went to the poems of John Donne, his Holy Sonnets, and read them as a kind of prayer and gained a sense of comfort and communion in the face of deep grief. They helped me through it. I ended up using his Sonnet 7 to write a poem for my mother called “Death of the Mother.” It was a similar challenge I gave myself to write a poem using his end words. I tried to write one for each sonnet but all failed. I got one out of nineteen. Death is a difficult subject, but poets have been writing about it for centuries and I see no reason to stop now. We have a natural urge to elegize what’s lost to us, to resurrect those who’ve left us, if only in a poem. It’s a necessary confrontation and reckoning.

GC: You’ve had different jobs throughout your lifetime—from cook, to gas station manager, to professor. Why did you begin writing and ultimately pursue writing as a career?

DL: I began writing when I was twelve and never really stopped. I guess my pursuit of it began in earnest when I took an evening poetry workshop at my local community college. I never thought of it as a career and still don’t. It’s a calling—a way of being in the world.

GC: What advice would you offer to young poets?

DL: Read. Be aware, awake. Write every day. Learn to live with failure. Be patient. 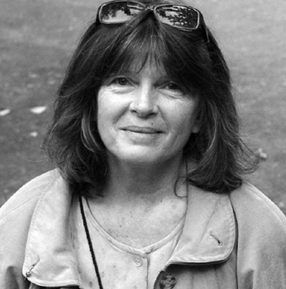 Dorianne Laux’s fifth collection, The Book of Men, was awarded The Paterson Prize. Her fourth book of poems, Facts About the Moon won The Oregon Book Award and was short-listed for the Lenore Marshall Poetry Prize. Laux is also the author of Awake; What We Carry, a finalist for the National Book Critic’s Circle Award; Smoke; as well as a fine small press edition, The Book of Women. She is the co-author of the celebrated text The Poet's Companion: A Guide to the Pleasures of Writing Poetry. Laux teaches poetry in the Program in Creative Writing at North Carolina State University and is a founding faculty member of Pacific University's Low Residency MFA Program. "Only As the Day is Long: New and Selected" is forthcoming from W.W. Norton.