Gulf Coast is proud to announce the winner of the 2019 Toni Beauchamp Prize in Critical Art Writing, Ra Malika Imhotep, for her essay "On Retrieval."

In its third year, the Toni Beauchamp Prize seeks to support young and mid-career art writers who combine scholarship and journalism, a unique voice, and literary excellence.

The two runners up include Philip Wesley Gates for "Being Free and Being Food: Consumption and Resistance at zürich moves! 2019" and Wenting Tao for "How the Curatorial Stereotyping of Chinese Art Essentializes the Work of Zheng Guogu."

“On Retrieval” by Ra Malika Imhotep

From the judge, Jessica Lynne:

"This essay on the work of Kenyatta A.C. Hinkle begins with a conjuring, and the writer does the rigorous, deft work of bearing witness to Hinkle’s transmissions. With a close reading of the recordings of disappeared Black women who comprise Hinkle’s series The Evanesced, for example, as well as an astute assessment of the artist’s cosmology, Kentifrica, we, as readers, must reckon with the myriad ways that we are implicated in the tasks, responsibility, and obligation of seeing Black women in a manner that calls attention to, as the writer notes, “the expensive myths,” that mark Black women’s pathways. This essay grounds Hinkle’s gestures in an ecology of cultural and spiritual production, from Saidiya Hartman to Zora Neale Hurston to Yoruba Egungun’s, as a way of naming the aesthetic terrain that Hinkle traverses. This is an essay that is as unflinching as it is careful, the result of what it means to be embedded within the many textures of an artist’s practice." 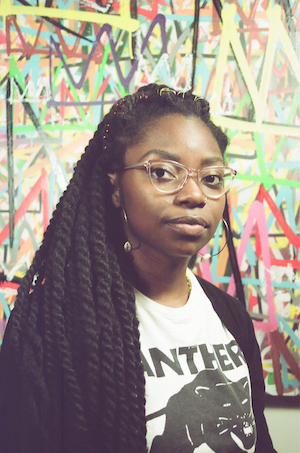 Ra Malika Imhotep is a Black feminist writer and performance artist from Atlanta, Georgia, currently pursuing a doctoral degree in African Diaspora Studies at the University of California, Berkeley, with a Designated Emphasis in New Media. Her academic and creative work tends the relationships among Black femininity, southern vernacular aesthetics, and the performance of labor. In addition to being the co-convener of the embodied spiritual-political education project, The Church of Black Feminist Thought, and a member of the curatorial collective, The Black Aesthetic, she was a 2019 Omi Arts "Creative Arts Practice" Artist-in-Residence at Ashara Ekundayo Gallery and a 2019 DAMLI Fellow at the Cleveland Museum of Art.

"Being Free and Being Food: Consumption and Resistance at zürich moves 2019" by Philip Wesley Gates

"Anchoring itself in a central question regarding the appearance and parameters of freedom, this writer’s review of the zürich moves! performance festival poignantly examines, broadly, what different movement vocabularies and choreographies might offer as a methodology for moving us closer to the feel, appearance, taste even, of freedom. In this review, the writer writes as detailed and meticulously as the many performers and dancers they chronicle. Acknowledging the weight of the many systemic impositions to radical conceptualizations of liberation, the writer, uses their evaluation to not define the terms of freedom as much as they remind us that joy is still possible, and in the absence of answers, freedom is still something to which we can work toward." 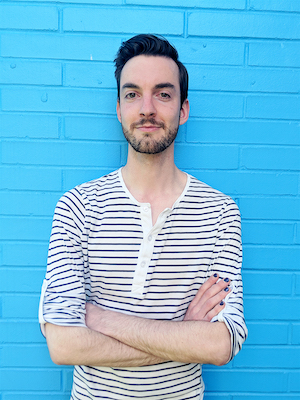 Philip Wesley Gates is a director, performance maker, and writer/scholar currently based in Pittsburgh. Their work activates a collective understanding of connection and care, using the communal space of the theatre to think about the relations between bodies, histories, and actions. Philip writes for Contemporary Performance, and holds an MFA in Directing from Carnegie Mellon University. www.philipwgates.com

"This essay rightly rejects the dangerous flattening and misreading of the work of acclaimed multi-disciplinary artist Zheng Guogu. Through an assertion that notes the way in which The Museum of Modern Art’s recent exhibition framed Guogu’s practice through an infantile, inaccurate Buddhist lens, the writer probes the dangers of collapsing such a complex faith system into an essentializing rubric and lens—a lazy gesture that is too readily taken up by major art museums and institutions in the west. Instead, the writer offers a necessary and critical re-framing that does not preclude the multiplicity of entry points into Guogu oeuvre, while firmly insisting on an engagement that remains as full and complicated as the heterogenous career of Guogu himself." 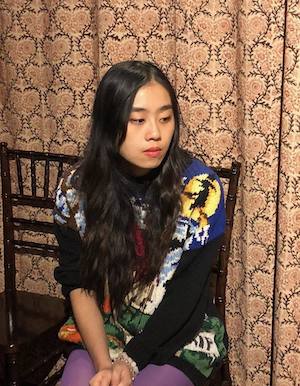 Wenting Tao grew up in the mountains of Anhui in eastern China before her family moved to Shanghai, where she graduated from high school. She moved to the US in 2014 and finished a Bachelor in Studio Art and Mathematics at Swarthmore College in Pennsylvania, followed by a MFA in Painting at Pratt Institute in New York. She has published reviews of gallery exhibitions in New York in Hyperallergic and The Brooklyn Rail. She currently lives in New York.

Thanks to everyone who entered the 2019 Beauchamp Prize. The winning essay will be printed in the upcoming Summer/Fall 2020 issue of Gulf Coast. Click here to subscribe and reserve your copy!

Toni Beauchamp was the board president of Art Lies from 2002-2004 and a lifelong supporter of the arts in Houston and Texas. Her legacy is one of generosity, civic engagement, and championing cultural causes. This prize is dedicated in her honor with the commitment to continuing to write, think, and talk about art. 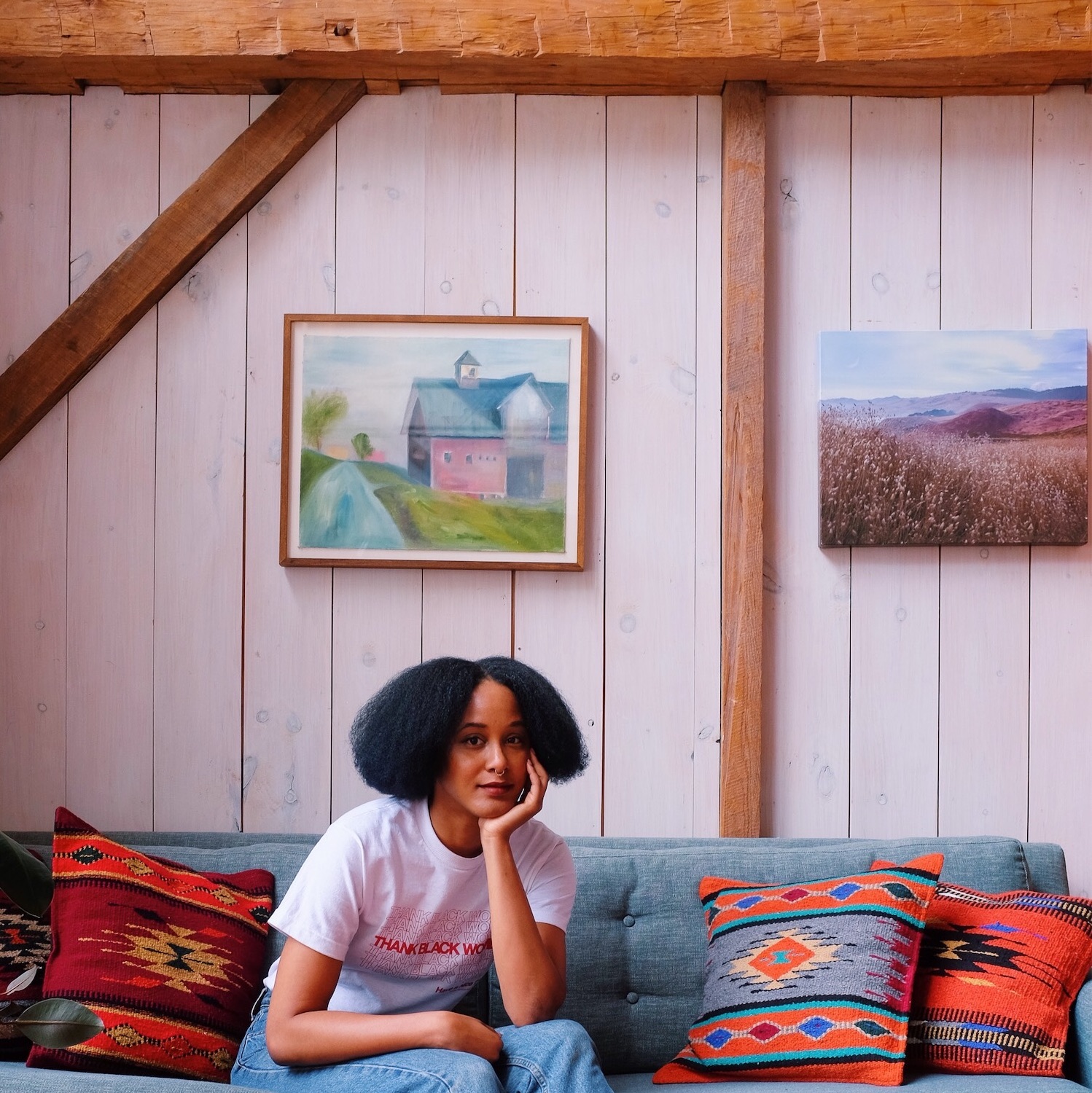 Jessica Lynne is a founding editor of ARTS.BLACK, an online journal of art criticism from Black perspectives. Her writing has been featured in publications such as Art in America, The Believer, BOMB Magazine, The Brooklyn Rail, and elsewhere. She was a 2018 Open Space columnist-in-residence. She currently serves on the board of Black Art Futures Fund and the Organization of Women Writers of Africa—founded by the late Jayne Cortez and Ama Ata Aidoo. She is at work on a collection of lyric essays about family, faith, and the American South. Photo credit: Willa Koerner.